Today we head to the Catholic Mecca; Vatican City. This entire trip in Rome I have been questioning whether these people could really be this rude or not and today just confirmed that they can be. Of first stop was a little cafe for breakfast and the lady behind the counter was exceptionally rude and rolled her eyes more than once at us, but when the roman woman walked in she was all smiles. Well we ate I talked about how rude they were, loud enough for her to hear, and then we headed out.

I wish there were words to express how it felt, as a raised Catholic boy, being in the Vatican. The words don't even exist. The history was amazing, the vastness of it overwhelming and the sure historical religious symbolism incomprehensible. I think ill just let the images speak for themselves. 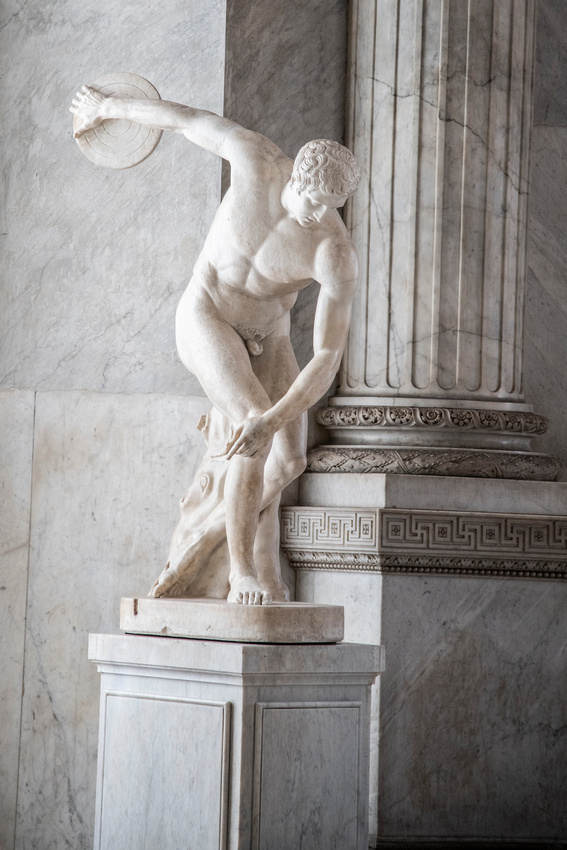 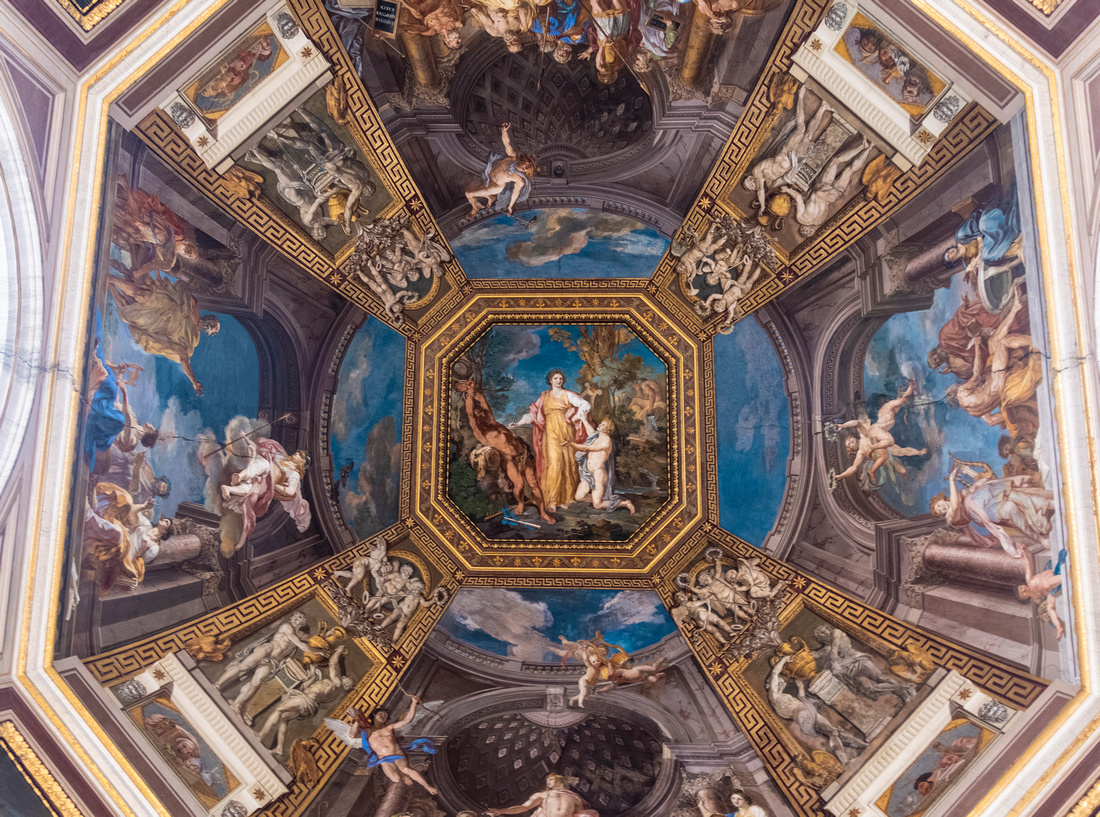 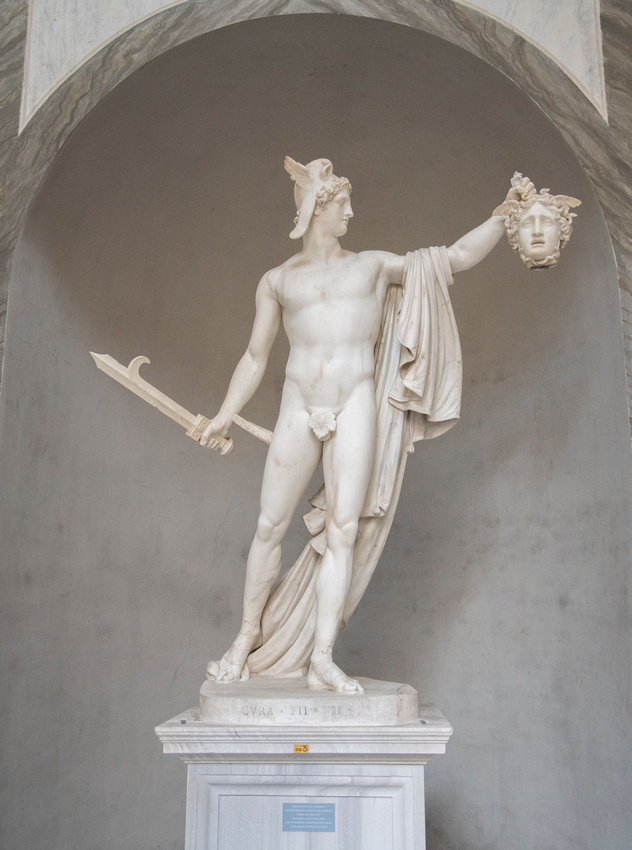 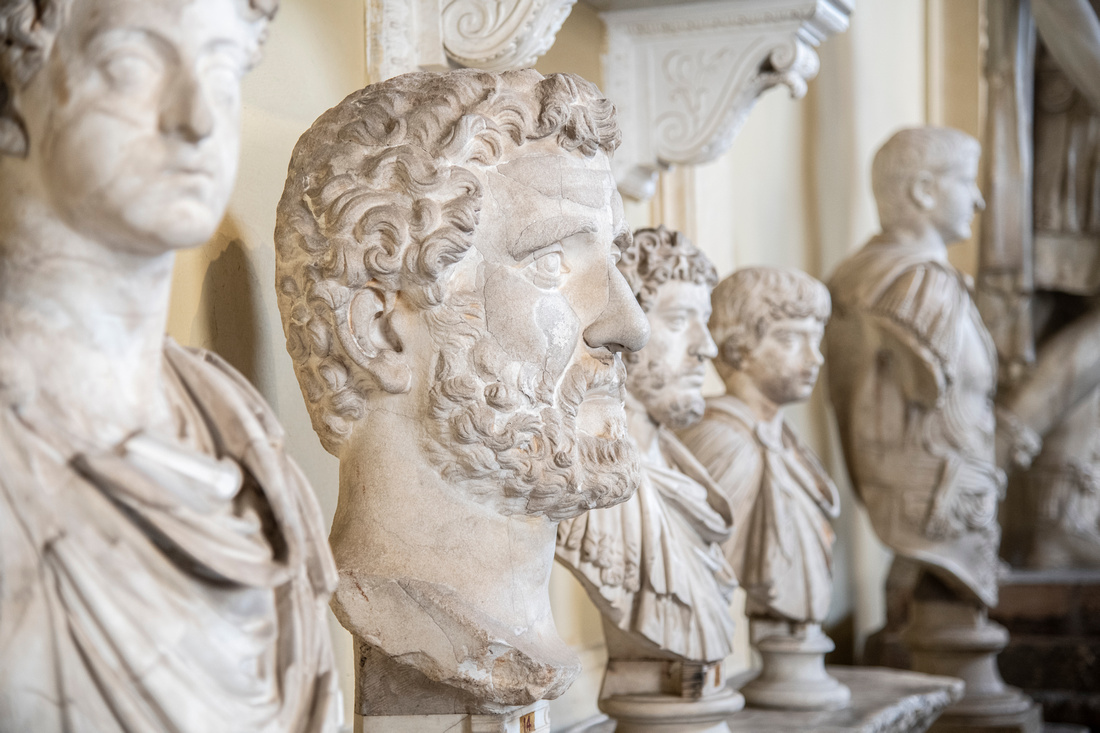 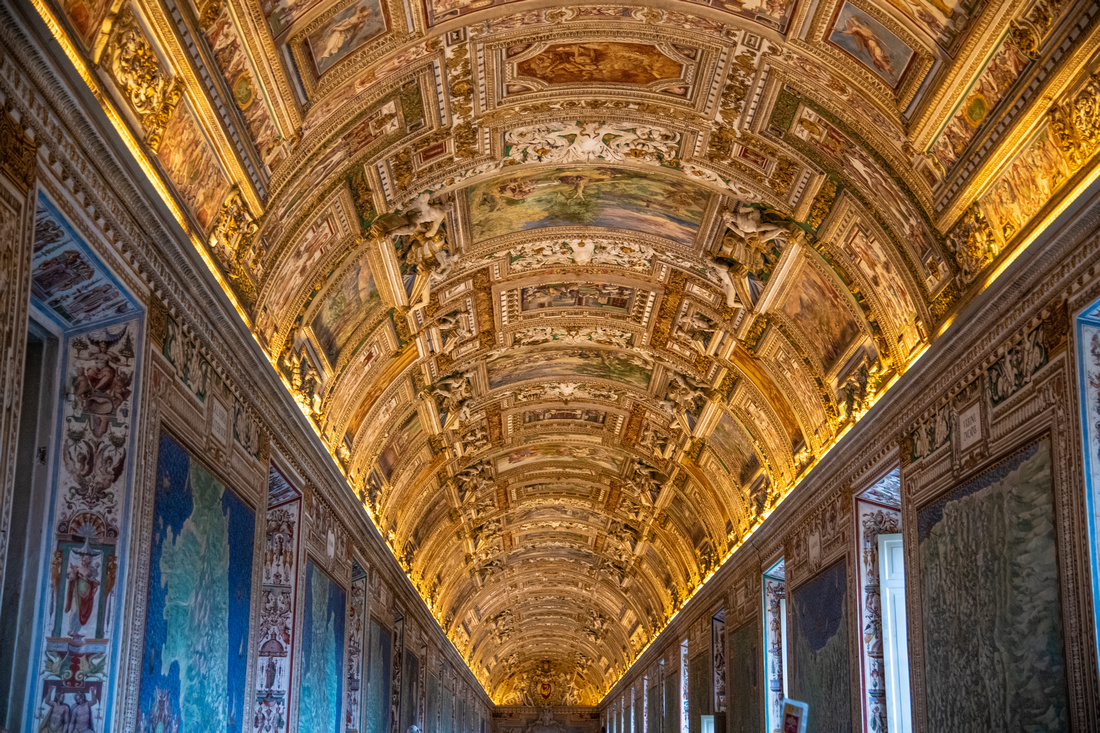 Our last stop on the Vatican museum tour was the Sistine Chapel and if I didn't have words before I definitely do not now. Now it is forbidden to take pictures in there, I think its for copyright issues but what do I know, so naturally I snuck some. They aren't great, but they give you the idea. 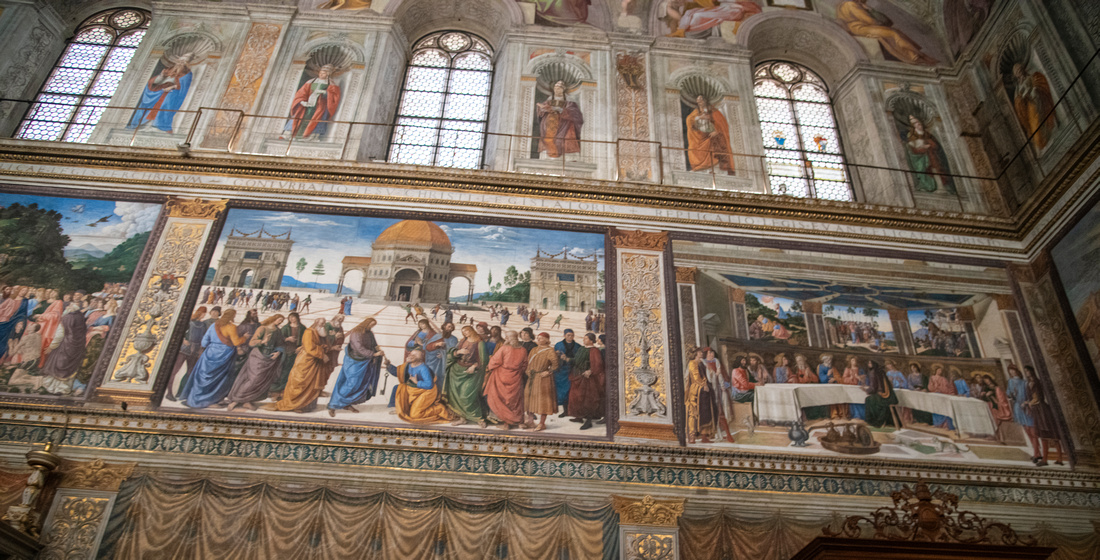 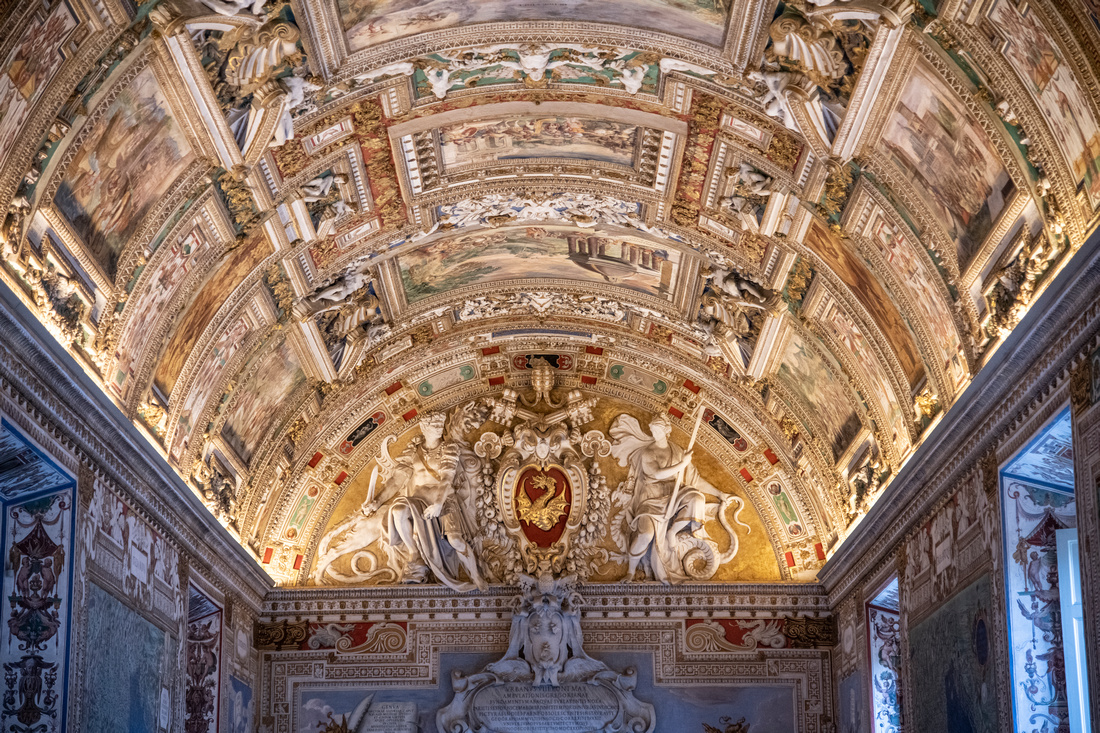 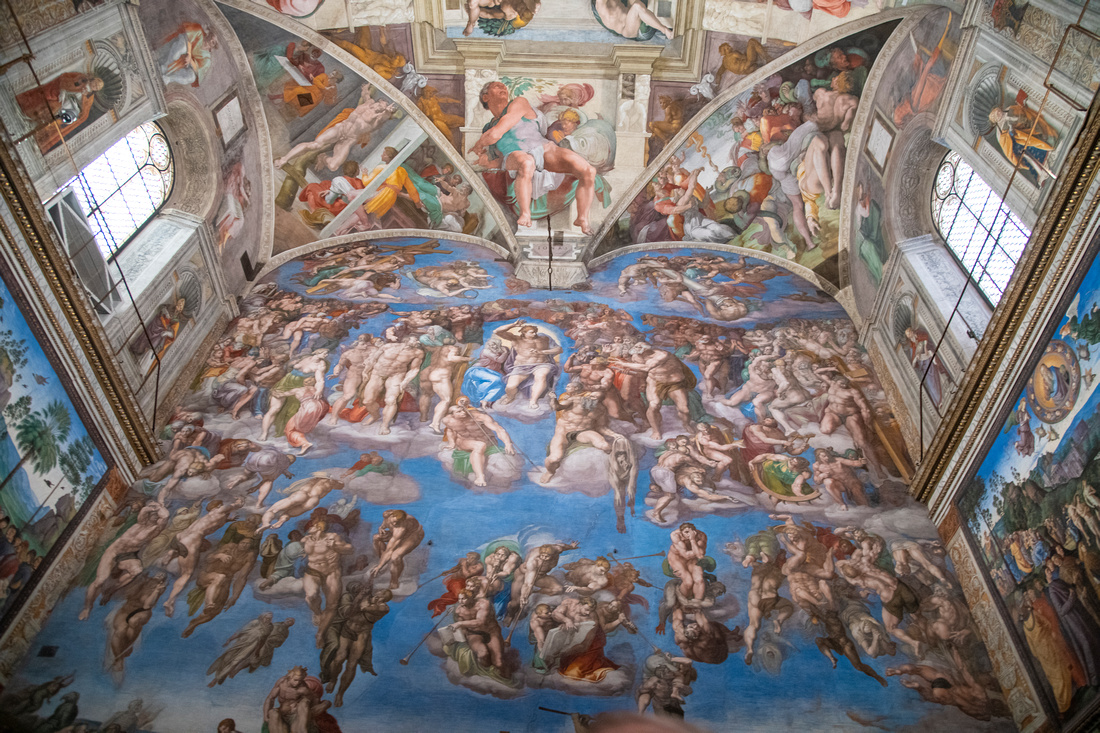 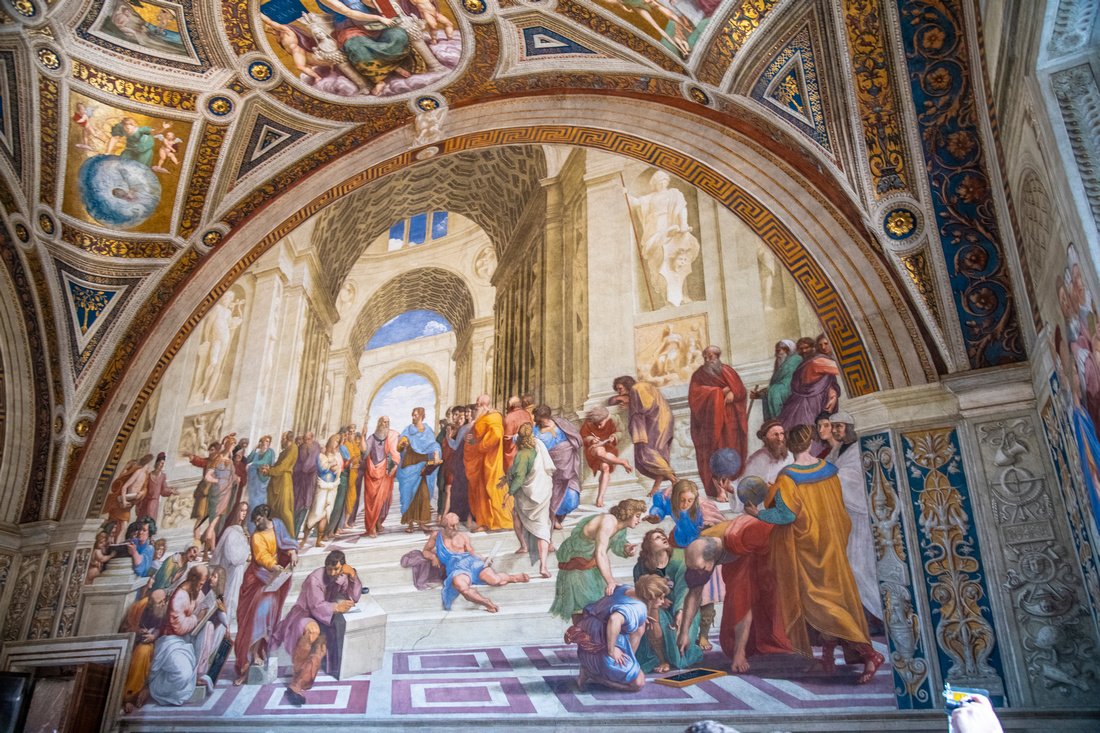 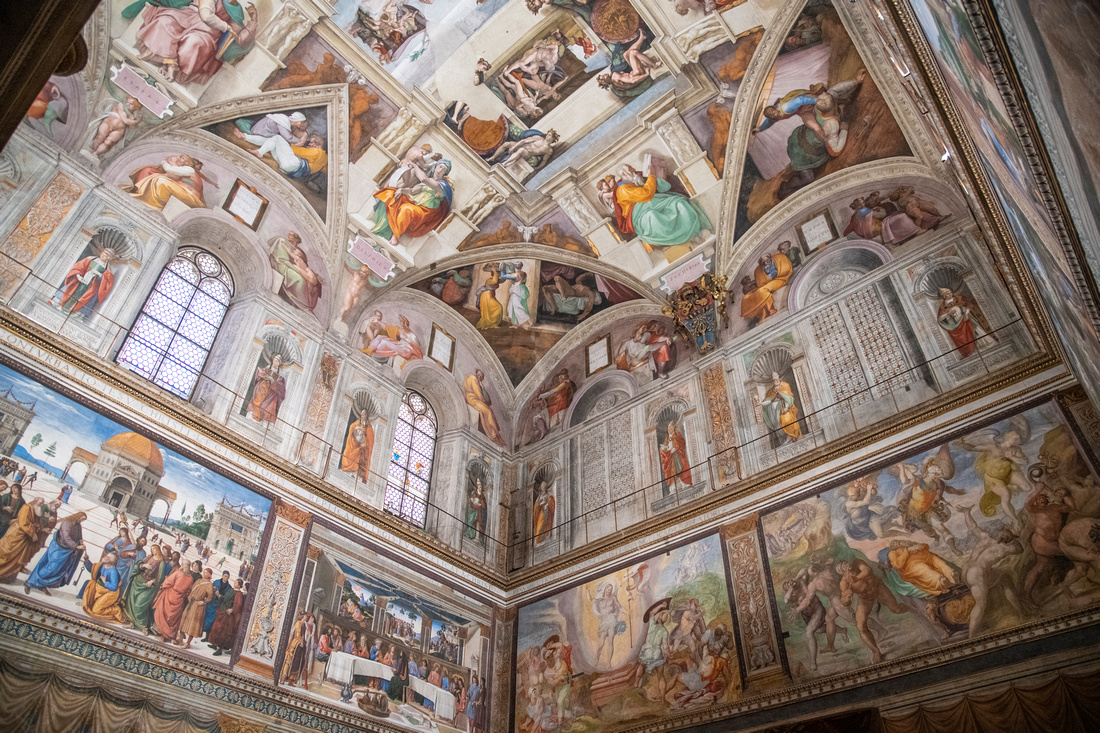 Just when I thought I couldn't experinece anything else that would blow my mind we walked into St. Peter's Bascilica. I sat here for five minutes trying to figure out how to explain it and I gave up. Lets just say that this entire place is HUGE and it makes you feel like an ant in a huge world of art. How these people were able to accomplish such a feat over 500 years ago is astonishing. 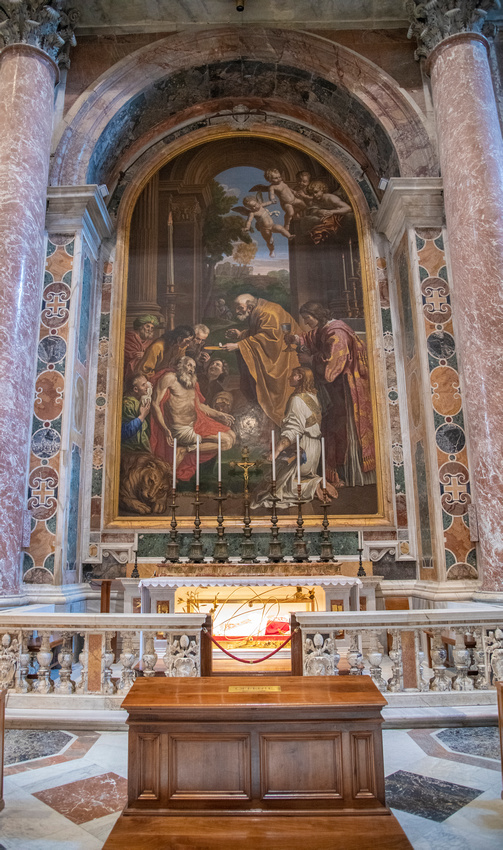 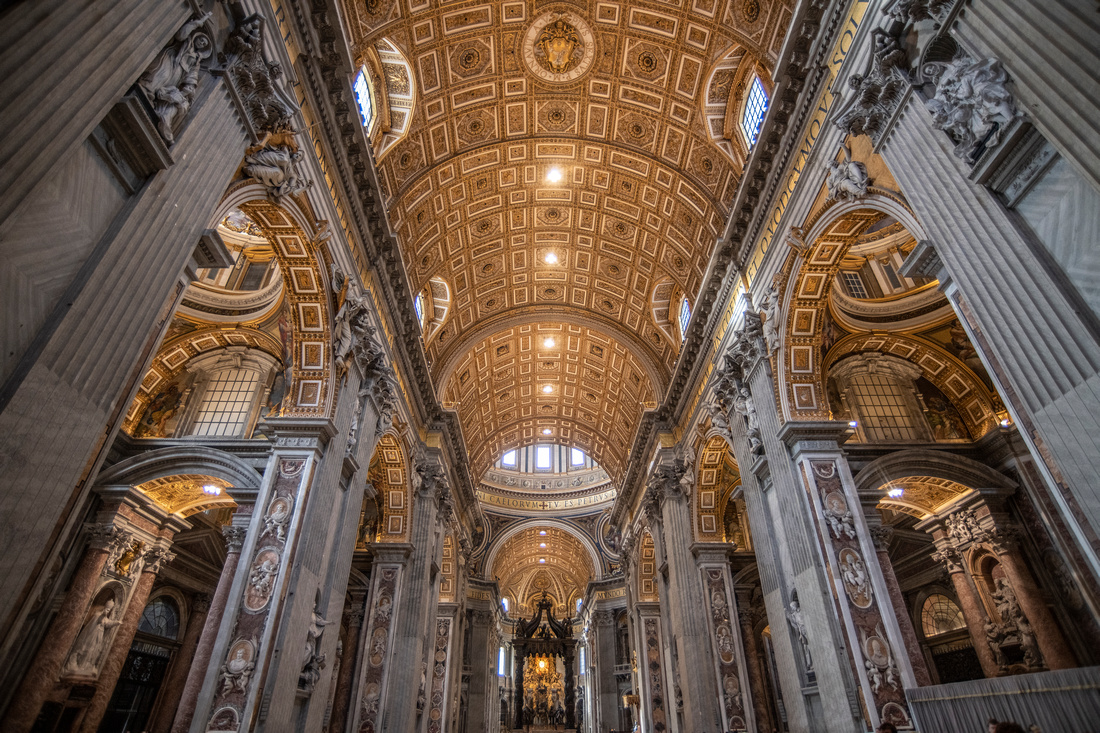 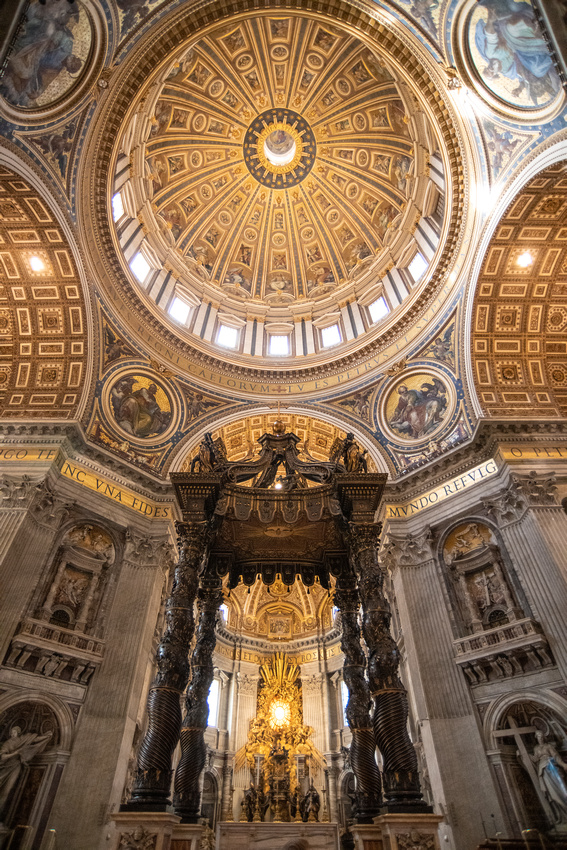 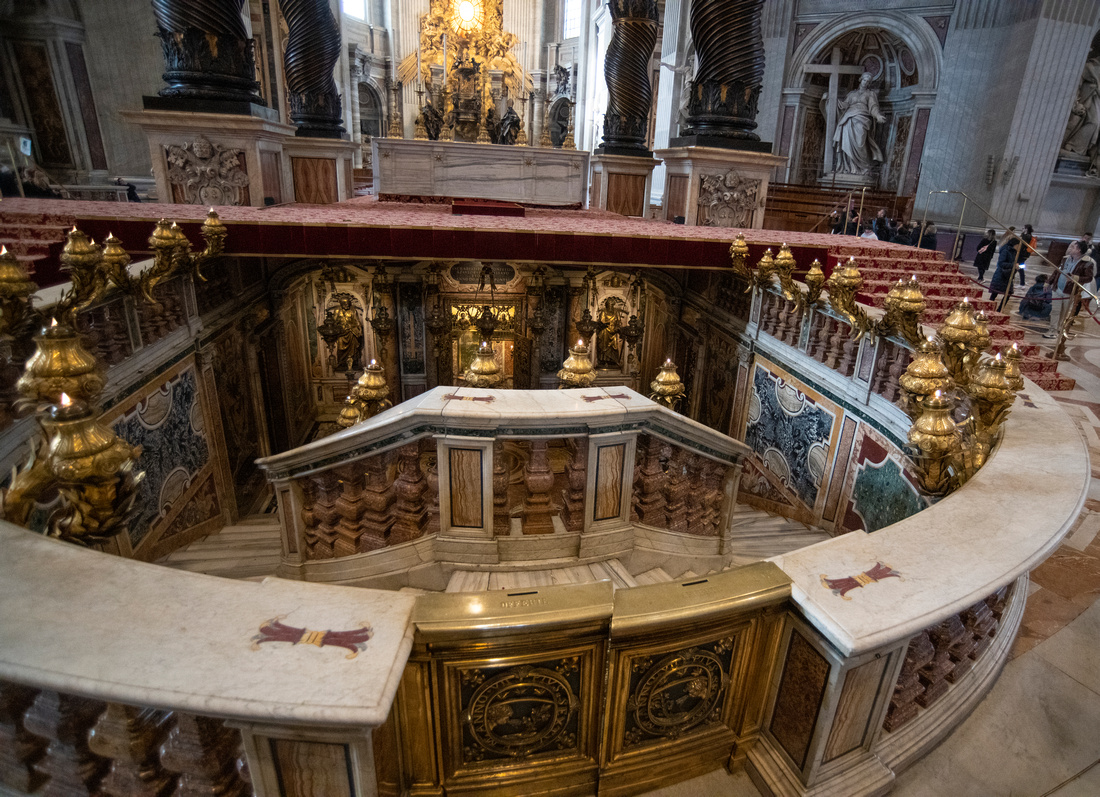 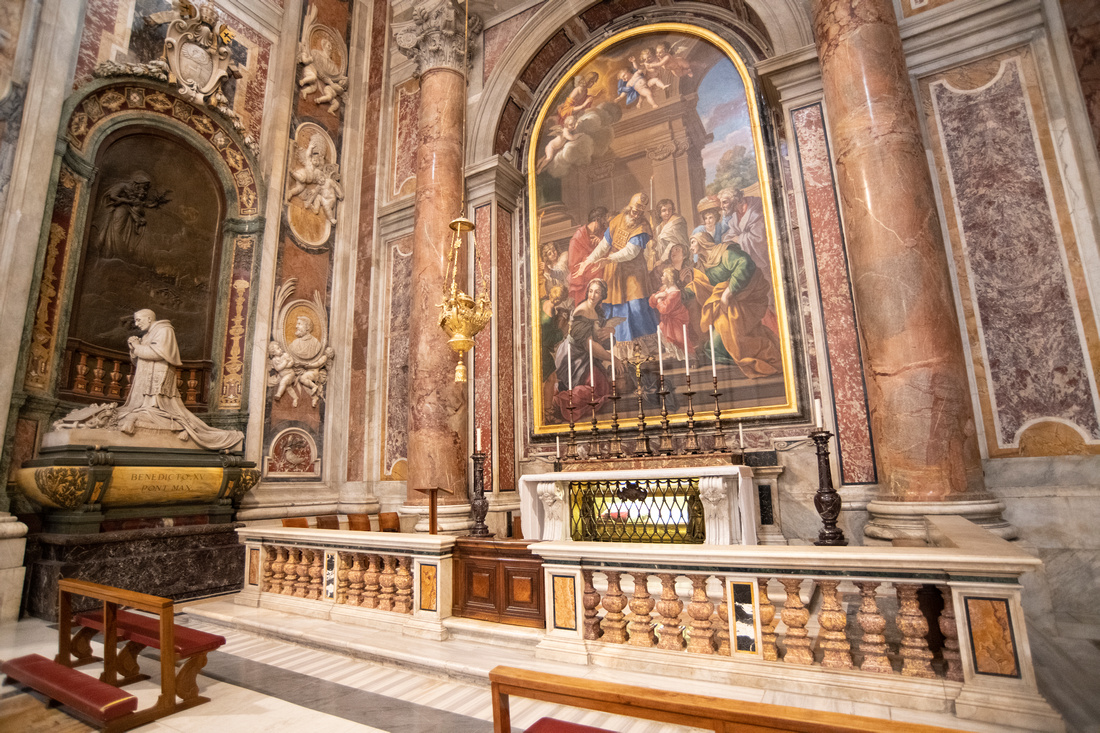 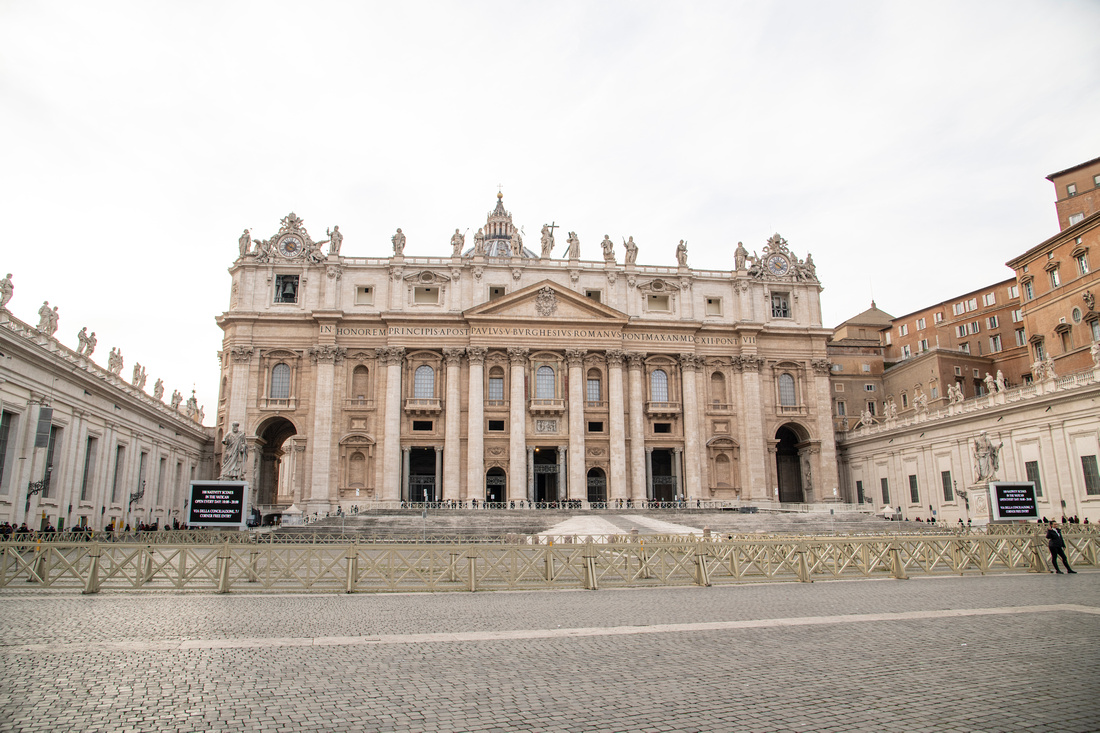 After wandering aimlessly throughout this massive building Cliff and I got a wild hair up our ass and decided to climb to the top of the dome. Now don't get me wrong it was worth every painstaking step, but I have to admit I was reevaluating my life choices many time over on the way up. This was one of the images from the top, let me know if you think it was worth it or not?

After that cardio work out we decided to carb load at a local pasta place and it didnt disappoint either! The food was fantastic; I have to admit their past amazing; their pizza not so much. Now their gelato on the other hand; out of this world.

After heading home for a much needed nap we went back out to the Coliseum and took some pictures at night of it. 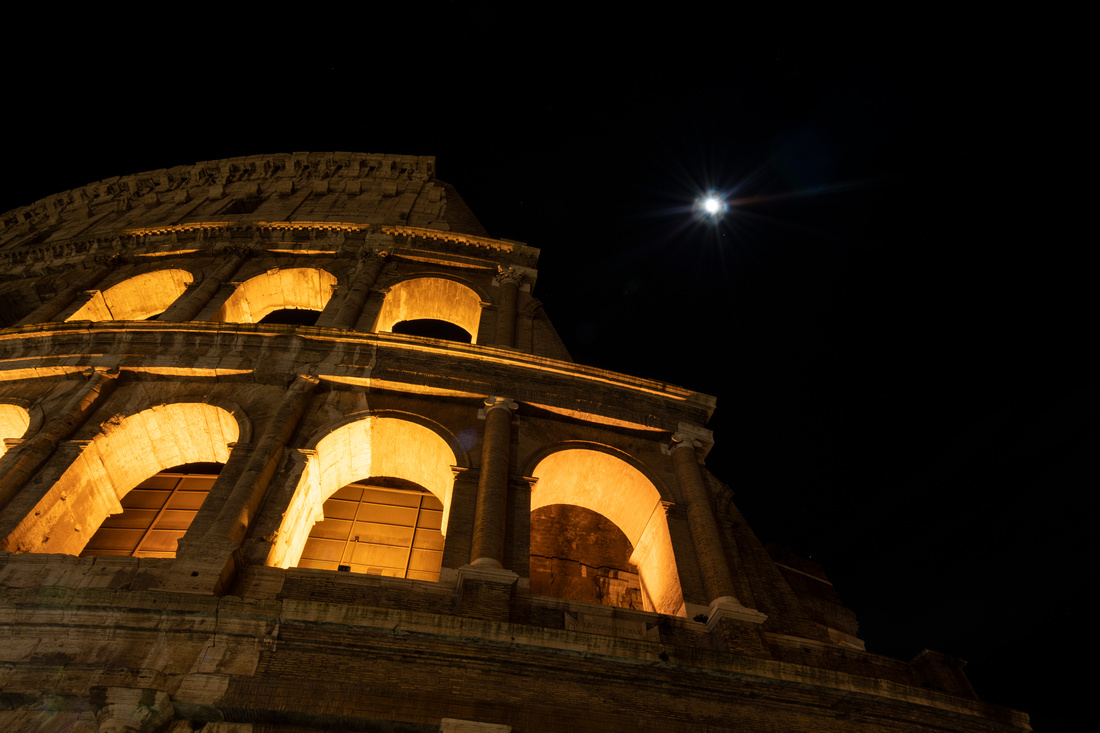 Tomorrow will be our last day and we have a scheduled audience with the Pope so this Catholic boy is really excited!